All of us here at BDQ would like to wish our customers and partners a Happy Easter. Enjoy the long weekend... and the chocolate.

Regarding the latter, I was thinking about Easter Eggs of the software kind. Those inside jokes or messages hidden by the development team within an application or video game.

The 1979 Atari video game Adventure is usually thought to have included the first example. The programmer, Warren Robinett, included a simple hidden message that credited him with being the designer of the game.

As time went on Easter Eggs became far more sophisticated and complex pieces of software in their own right. For example, who can remember the Excel 97 Flight Simulator? Triggering it was a bit convoluted, to say the least. First create a new worksheet, press F5, type "X97:L97", press Enter, Press the Tab key, hold down Ctrl and Shift, and left-click the Chart Wizard toolbar icon. Phew!

Due to the understandable security concerns about hidden pieces of code, Easter Eggs are becoming far less common these days.

In a 2005 blog post Microsoft's Larry Osterman acknowledged he had been involved with an Easter Egg in the Exchange 5.0 POP4 and NNTP servers.

He had followed the correct technical procedure to introduce it - he raised a bug in the tracking system, a spec was written and it was tested following formal test cases.

In retrospect he realised that they should not have done it, and that it was "utterly irresponsible [...] ESPECIALLY in a network server". He went on, "It’s about trust. It’s about being professional. Yeah, it’s cool seeing your name up there in lights. It’s cool when developers get a chance to let loose and show their creativity. But it’s not cool when doing it costs us the trust of our customers."

Even so, they do still hold a bit of a nostalgic appeal. For a slightly more recent example, do a Google search for the phrase Do a barrel roll and for the comprehensive list go to The Easter Egg Archive.

BDQ has never had an Easter Egg in any of our software and will never will for the good reasons described above. However, we did have a link hidden in the online help for one of our early products. Clicking on it showed a picture of our CEO's dog as a puppy. The much missed Strider. 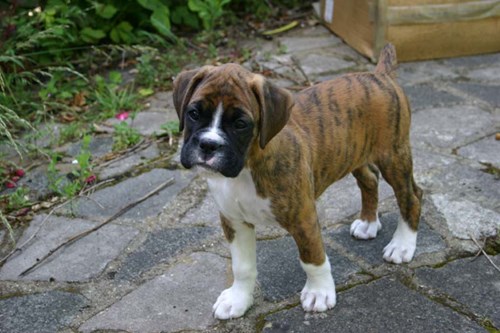 Making sure agile projects conform to time and budgetary restrictions

In this guest post, Sanjay Zalavadia from Zephyr explores what it takes to ensure that agile...

We would like to wish all our customers and partners a very Merry Christmas and a happy holiday...

We had requests to package up the great case study from Phusis on how DataQA delivered insight on a...